On another day journey with Jerry at year's end we loaded lunch into the old two-wheel civic sleigh and headed out from Albuquerque through Tijeras Canyon and then south toward the first, northernmost of three mission sites in Salinas Pueblo Missions National Monument. 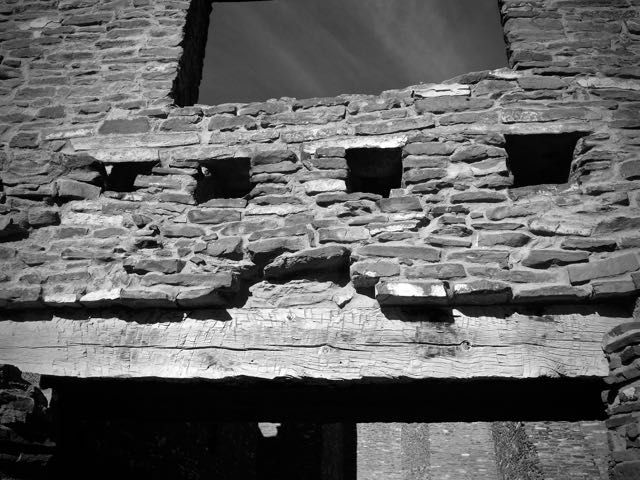 As usual we over-prepared. Both of us being veterans of remote New Mexico travel we know to bring water and food. There was hot cider in the thermos, tea in cups, water, peanut butter and honey sandwiches, avocado and vegan cheese on bread, apple slices in lemon juice and cinnamon, and some incredibly sweet little cookies that Jerry insisted on eating to the near exclusion of the rest of it. We set ourselves up on a sunny picnic table next to the visitor center at Quarai which was closed "for lunch" when we arrived.   I wondered where the Park person might go to eat before seeing several lively looking restaurants in Mountainair. No doubt they rely on visitors to this and the other Park properties for much of their business.

Well-fortified, we set out to explore the Quarai ruins with the guidebook. It was a very fair day and there were quite a few others, including several German speakers marveling at the place.

We spent too much time in the visitor center, which was open when we finished the walk. We stared at the scale model of the pueblo, itself an antique, and flipped through books and maps. Jerry will often find himself or his work mentioned in an index or bibliography - such is his vitae.

It was a bit late too late in the day to travel to the most distant of the ruin sites, Gran Quivera. So we left that for another picnic and spent more time at Abo instead. There were quite a few visitors there too, it being the least remote of the three places. 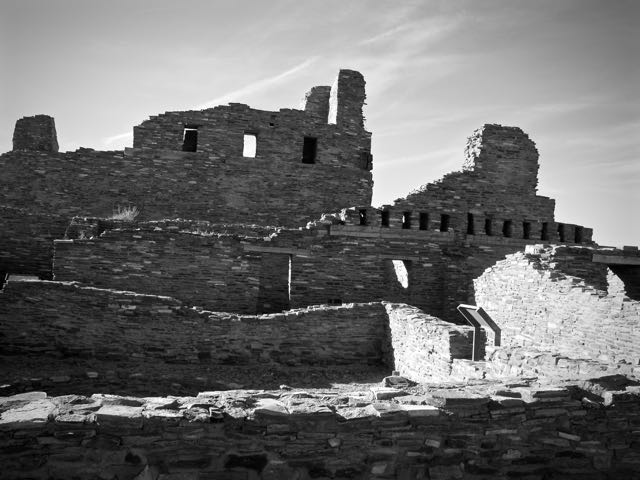 The warmth of the day belied its short length. We wanted to return to Albuquerque before dark and just made it, stopping again only to wait for a long freight train to cross 47. We'll go again soon.  I'll also chronicle other Journeys with Jerry here in future.