As in New Mexico, Colorado legislators are under the well-funded impression that chopping regulations will solve everything that ails ya. Coyote Gulch notes their legislature started up Wednesday and got a lot of solicited advice from the Association of Commerce and Industry.   Some of this, from the president of the Colorado Oil and Gas Association,  sounds mighty familiar (Trinidad Times). 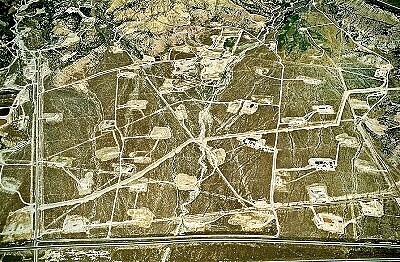 We’ve seen companies flee Colorado for reserves in other states, not because those reserves are any better, but because the perception was that Colorado was closing down for business. And the tax environment and the regulatory environment are the two key pieces of that.

That particular rhetoric has always reminded me of a school yard threat from a bully who says he won't play if he can't break all your toys.  Good then.  Go home.  I'll find new friends who don't want to decapitate my Barbie and throw her head in an unlined waste pit.

Quotes by Harrison "Jack" Schmitt in Thomas J. Cole's UpFront Albuquerque Journal piece offer insight into what we're in for if he gets confirmed as head of Energy, Minerals and Natural Resources.

"There exists no true concern ... about the true effects of climate change — only a poorly concealed, ideologically driven attempt to use conjured up threats of catastrophic consequences as a lever to gain authoritarian control of society."

Yes, we have men like Schmitt to thank for our lack of control.  Of our drinking.

The New York Times goes on about a new Energy Department report worry-worting about our over-dependence on China for 96% of our rare earth minerals - minerals used for "clean energy," whatever the hell that is.  This dependence on Chinese imports is a huge surprise - apparently because DOE and the Times haven't gone shopping lately.

For as long as the next 15 years, the supplies of at least five minerals that come almost exclusively from China will remain as vulnerable to disruption as they are absolutely vital to the manufacture of small yet powerful electric motors, energy-efficient compact fluorescent bulbs and other clean energy technologies, the report said.

The five minerals are medium and heavy rare earth elements of which China mines an estimated 96 percent to 99.8 percent of the world’s supply: dysprosium, terbium, neodymium, europium and yttrium.

We hear politicians like U.S. Reps. Martin Heinrich and Ben Ray Lujan lecture us on how stifling America-based energy sources like natural gas, oil and coal and replacing them with "green energy" will make us "energy independent."  For a guy like Heinrich who sits on the House Armed Services Committee this is more than naive, it is irresponsible and ignorant and endangers the nation.  How can we be "energy independent" when our chief enemy and competitor controls all the raw materials necessary to secure this sham "indepence [sic] "?

Rare minerals are used for a lot of other things not very green, but whatever.  Silly.

The role of housing in the economic crisis is hard to dispute.  Interesting theories differ about the reason and degree.  But housing prices are still ridiculously high and there is insufficient demand to absorb what's been built already.  So encouraging more through efforts to stimulate building, including lame attempts to do so by cutting impact fees, it just plain nuts. 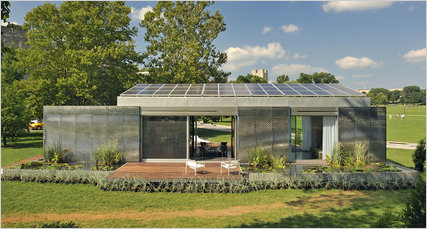 So that's great, but there are hundreds of acres of McMansions empty or unfinished right now in the United States that are serving no purpose, being a financial drain on the banks, contractors, trades, and county economies where they exist. So creating a new model is a worthwhile exercise, but what we need is an approach to these pre-existing structures that are being under-utilized, to make them multi-family, or solarized and gray-water system updated, to re-make the box instead of working so hard to think outside of it.  (portion of a reader comment by Laura in Portland.)

Read the greatly interesting story in the New York Times about solar power in Alamosa, Colorado - especially the aspect of a big transmission line being killed.

The $180 million line, which has been planned for more than a decade, is meant to solve many of the valley’s problems in one fell swoop — more power in, more power out, more economic development in one of the poorer corners of the state. (...)

Some residents say that scuttling or reducing in scale a giant power transmission line could ultimately be a good thing, if it encourages smaller-scale development.

“The true potential is keeping the power generation local and keeping it small enough so that local economies can benefit,” said Wayne Caldwell, chief financial officer at the Monte Vista Cooperative 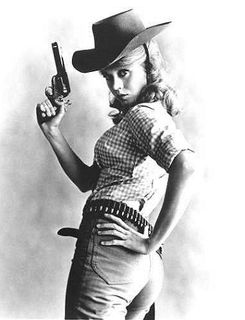 The Albuquerque Journal thinks Obama has done something right with his nuke plan.  The all-knowing Journal editorial board (who exactly?) says those opposed are "hysterical" and confusing reality with a movie.

The 1979 accident at Three Mile Island set America's nuclear power industry back decades. A partial meltdown in Unit 2's nuclear core and radiation releases forced the evacuation of thousands of people. There were no deaths or injuries, but the resulting hysteria among a population that often confused reality with the movie, "The China Syndrome," was a political reality. The accident at Chernobyl also gave pause.

From The American Prospect:

Assume for a moment that the American nuclear industry really is as safe as Obama and Bush would like us to believe. Imagine that, for reasons far too esoteric for laypeople to comprehend, the American industry has moved past its bad years of backward reactors (San Onofre, California) and defective concrete (Marble Hill, Indiana) and erroneous building plans (Grand Gulf, Mississippi) -- all those decades of villainy and ineptitude that would made any American International Group exec or Keystone Kop blush with shame -- and entered a golden age of reliability and safe operation. That still leaves the rest of the world. 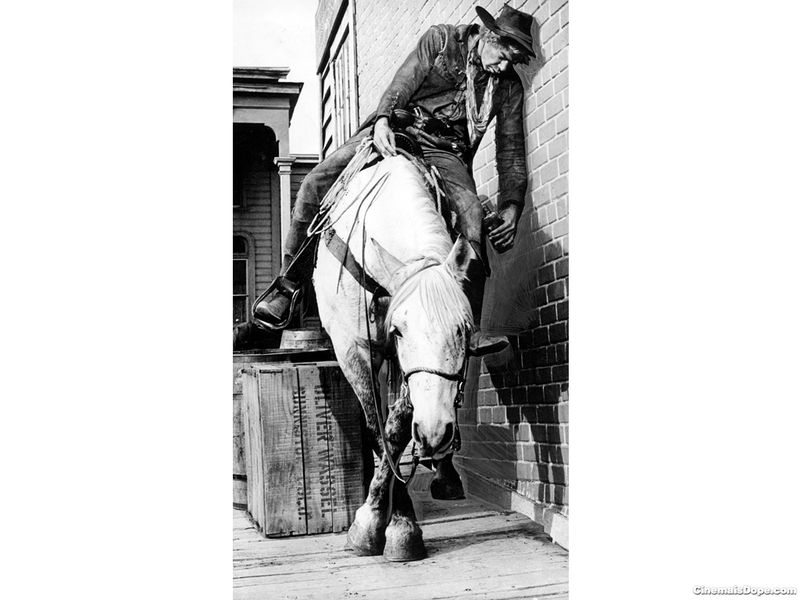 PG&E will spend $30 million in California to push a ballot initiative limiting municipalities getting into the electricity biz.  It'll hurt profits.  (Of a monopoly.)  And be unfair.  (To the shareholders.)

From the San Francisco Chronicle:

The initiative also would limit the ability of municipal utilities - such as those in Alameda, Palo Alto and Sacramento - to expand service to new customers.  ...

"It really shows how broken the system is that a corporation can put an initiative on the ballot and spend however much it wants," said Mark Toney, executive director of The Utility Reform Network (added link) consumer group.  "We believe that when people realize that this is funded by one corporation to benefit one corporation, the money they spend is going to backfire."

Although Prop. 16 has been denounced by several state legislators and city councils, the campaign against it has raised just $15,500, most of it coming from Toney's organization. ...

More on the proposed Piñon Ridge uranium mill up in aptly named Paradox Valley from the Telluride Daily Planet.

A telling moment in the Jobs vs. Health debate came near the end of the Montrose meeting, when Montrovian Marv Ballantine asked rhetorically: “Who here is willing to expose their children to unknown levels of radiation for the promise of a few jobs?”

In the back of the hall, a number of hands went up.

The romance with space is expensive and we need to get over the idea that we can escape this planet by launching cowboys into orbit for fun.  At least we now admit that space is mostly about the cool view by putting new windows in the space station.

"In coolness, it ranks pretty high," said C.J. Wallington, a professor at the Rochester Institute of Technology, who studies space tourism, an industry that ranges from space flights by billionaires to less-expensive zero-gravity experiences. "That [cupola view], I would gladly drop my $30 million to see."

"Gaze upon the cosmic horizon" from your own damn backyard.  There's a lot we could be doing with that money.

Speaking of regulating nukes, there's news from the Telluride Watch about the local support for a new uranium processing permit near Nucla, Colorado.  You remember Nucla - where no one has cleaned up the hazardous mess from the last uranium processing that really helped out that region.  Whatever.  That is all in the past.

The good people of Nucla attended in support of the permit as if their future 1400 jobs depended on it.  Oh, wait.

And what impresses me the most is the faith in government regulation.  This time. Not like last time.   That was yesteryear.

The CDPHE’s mission is to protect and preserve “the health and environment of the people of Colorado,” according to its website. As such, a number of pro-mill speakers sought to underscore the safety regulations governing the modern uranium industry, both to persuade to CDPHE to look favorably upon the application and to counter concern voiced by mill opponents regarding the potential health and environmental impacts of the mill.

“If anyone was going to speak out against [the mill], it would be me,” said supporter Tammy Sutherland of Redvale, indicating that the health of members of her own family has been negatively impacted by the uranium industry of yesteryear.

“It was bad when there was no regulation,” she admitted, but then added: “We have regulation now.”

“Yes, it was horrible, some bad things happened, but that was in the past,” she continued after stating that opponents criticize the industry based upon its past, not its present.

But for Nuke Plants

Pitch perfect.  Choked me up towards the end and didn't seem like 70 minutes.  But who were those scowling bozos not clapping?  And the wooden guy afterwards?  What a contrast.

The President's State of the Union address had me completely until he got to the energy policy part about promoting a new generation of safe clean nuclear power plants in this country.   Sorry, I'm not getting the safe and clean part.  It just isn't acceptable to promote a method of energy production that creates such a dangerous quality and concentration of waste.  Even if there was some place to put it, which there isn't.  They killed Yucca, remember?  Not that I liked Yucca.  Except as a State Plant.  But I digress.