Edward Abbey knew and loved this place. It was the setting and chief subject of his first novel. He changed the city's name to "Duke City", Sandia's name to "Sangre", and Sandia Labs to The Factory.

"The Sangre mountains loomed over the valley like a psychical presence, a source and mirror of nervous influences, emotions, subtle and unlabeled aspirations; no man could ignore the presence; in an underground poker game, in the vaults of the First National Bank, in the secret chambers of The Factory, in the backroom of the realtor’s office during the composition of an intricate swindle, in the heart of a sexual embrace, the emanations of mountain and sky imprinted some analogue of their nature on the evolution and shape of every soul.”
Edward Abbey, The Brave Cowboy - An Old Tale in a New Time, 1956
(Posted here March 2005)

To those who doubt the extent of corruption in New Mexico today, a look at the history of land grants may be enlightening. The troubling outcome of claims was well known when President Grover Cleveland appointed George W. Julian as Surveyor-General of New Mexico in 1885.  Julian was seventy years old at the time.

In a series of articles published in 1887, Julian broadly castigated the method and motives of previous Surveyors General charged with investigating grant claims and on Congressional action taken to confirm them.  Grant owners, beneficiaries of these judgments and Acts, such as Maxwell Land Grant beneficiary Thomas B. Catron, replied that Julian was motivated by "politics."  Julian replied, in part:

The influence of these claimants over the fortunes of New Mexico is perfectly notorious. (...) To a fearful extent they have dominated governors, judges, district attorneys, legislatures, surveyors-general and their deputies, marshals, treasurers, county commissioners, and the controlling business interests of the people.  They have confounded political distinctions and have subordinated everything to the greed for land. (...) They are simply traffickers in land and recognized captains of this controlling New Mexico industry."

Hard to believe that was written so long ago.

A heroic person should be able to withstand about 10 years in solitary confinement without getting terribly annoyed.

Joshua Foer in The New York Times about his stimulating sounding new book on memory, Moonwalking With Einstein: The Art and Science of Remembering Everything.

Why would anyone go to all this trouble to win a memory competition, or show off at a party? Mr. Foer tells us that his excursion into the world of competitive memory taught him “to pay attention to the world around” him and to appreciate the repository of images, ideas and analogies that memorized texts or carefully learned facts can impart.

More important, he says, he learned to appreciate the role that memory plays in shaping our identities and perceptions. “Our ability to find humor in the world, to make connections between previously unconnected notions, to create new ideas, to share in a common culture: all these essentially human acts depend on memory,” he writes near the end of this appealing book.

“Now more than ever, as the role of memory in our culture erodes at a faster pace than ever before, we need to cultivate our ability to remember. Our memories make us who we are. They are the seat of our values and source of our character. Competing to see who can memorize more pages of poetry might seem beside the point, but it’s about taking a stand against forgetfulness, and embracing primal capacities from which too many of us have become estranged.”

This will make a good gift if I can remember. 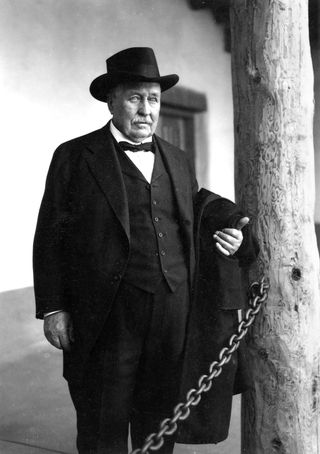 The late 1800s was an era of trusts, monopolies, and business empire-building around the United States.  New Mexico's version was the Santa Fe Ring.  A secretive group, the Ring included lawyers, landowners, local and territorial officials, and a few governors.  Its simple goal was to ensure that the economy and government of the territory worked for the benefit of its members.  Land, cattle, railroads, mining, and political influence were the building blocks of its wealth and power. (New Mexico History Museum)

Edmund G. Ross, appointed Territorial Governor by President Grover Cleveland in 1885, had this to say about the Santa Fe Ring:

It is notorious that possession of large quantities of the public lands [in New Mexico] has been obtained under the form of preemption laws through the boldest perjury, forgery and false pretense, and that in some instances, this has been done, if not with the connivance, at least through the inadvertence and the carelessness of public officials. (Bullis, New Mexico and Politicians of the Past. 2009)

The popular view is that the Ring came to an end in 1885 with appointment of Governor Ross.  As Bullis says in his book, Some would argue that it lasted considerably longer than that.

A Grand and Pleasing Prospect 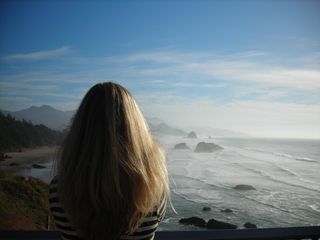 I beheld the grandest and most pleasing prospect which my eyes ever surveyed. 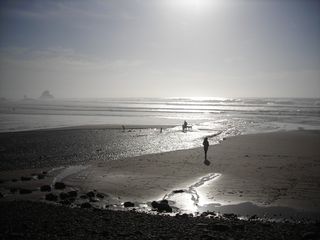 Nobody would want to deny that the influence of the economic oligarchy upon all branches of our public life is very powerful.  This influence, however, should not be overestimated.  Franklin Delano Roosevelt was elected president in spite of desperate opposition by those very powerful groups and was re-elected three times; and this took place at a time when decisions of great consequence had to be made.

From Ideas and Opinions.

From the Globe and Mail,  Douglas Coupland provides his guide to the next ten years.  And you thought I was dark.  Here's a snip:

9) The suburbs are doomed, especially thoseE.T. , California-style suburbs  This is a no-brainer, but the former homes will make amazing hangouts for gangs, weirdoes and people performing illegal activities. The pretend gates at the entranceways to gated communities will become real, and the charred stubs of previous white-collar homes will serve only to make the still-standing structures creepier and more exotic.

Molly at a Tea Party

The Teabagging Tea Party movement was after her time but the late great Molly Ivins had this to say about displaced anger in a 2004 Buzzflash interview.  (Spring cleaning is proceeding very slowly.)

So they listen to guys like Limbaugh who tell them the reason everything is going to hell is because of a bunch of pointy-headed professors on college campuses and political correctness and feminists and all these people.

Let me tell you something:  college professors and politically correct liberal and feminists by and large don't run those huge corporations that lay off 10,000 people at a time.  They are not in charge of the companies that move so many jobs overseas.  They don't run the S&Ls and the big financial institutions that screw people over.  And it seems to me that this misdirection of anger is a terrible waste of perfectly good anger.

Searching headlines and shows for things to inspire hoop hope instead of cynicism.  I do like that foodie Jamie Oliver tackling poor nutrition in West Virginia.  We need a Jamie Oliver of land use - someone who goes around teaching kids and parents about the importance of healthy neighborhood spaces and caring for their body politic.

Hula-hooping makes me happy, as predicted.  Wary pets slink away, having learned how the circle can move.  The cat watches from behind safety glass and the dog heads for the far edge of the yard.  The first days of practice left bruising on my hands, hips and geraniums.   In becoming one with the spin (and trying cool tricks) I hit stuff.  Ouch.  Harder than it looks.

In an old copy of Emily Post's Etiquette that I should have read years ago, I found more than esoterica like how to address a British Marquise.  (Hey, Lady!)

She wrote this that "homebuilder" marketeers know full well.

In its true meaning, the word "home" is the sentiment, the atmosphere, the spirit, the personality, the hospitality that the room or the apartment of the house in which you dwell expresses. Home is not a synonym for house.  To people of taste a house is built of wood or brick or stone.  It is shocking to be offered a refrigerator as though it were an attribute of family loyalty.

Home is where the hoop is.

America is the mayor.  The rest of the world is Richard Dreyfuss. 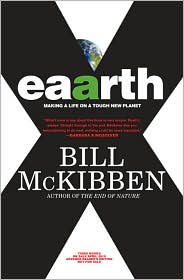 Reader comment* on the Salon interview with Bill McKibben about his new book, Eaarth: Making a Life on a Tough New Planet.

*by run fast and win.